Tufa is a type of limestone that is formed when calcium-rich spring water mixes with the carbonate-rich Mono Lake water and precipitates around the spring. The towers grow underneath the waters surface. These towers were exposed when the city of Los Angeles diverted four of the five streams flowing into Mono Lake. Deprived of its freshwater sources, the lake volume dropped by half, exposing nesting colonies of gulls to predation and again doubling the lakes salinity. The entire eco-system began to collapse. In response David Gaines formed the Mono Lake Committee, a citizens group that was formed to reverse this trend and save the lake. In 1994 the California Supreme Court mandated that the lake should rise to a level of 6,392 feet, which will partially restore the ecosystem and migratory bird habitat.

In this photo, a tufa tower that was once exposed has been recovered by the rising waters of Mono Lake. It has begun to grow once again, an encouraging symbol of the healing of Mono Lake. 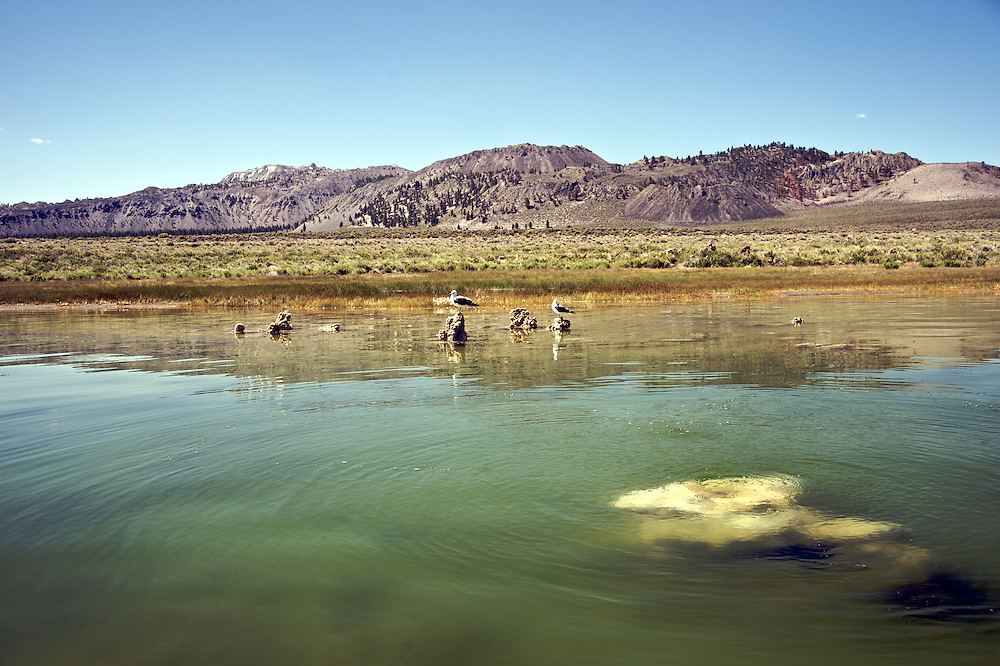